Moscow Institute of Physics and Technology (“Phystech”) is the leading institute of higher education in Russian Federation training highly-qualified specialists in various areas of modern science and technology. The institute has a rich history. Its founders and early staff members were Nobel Prize winners P.L Kapitsa, N.N Semenov, and L.D. Landau. Nobel Prize winners are among its graduates as well. Many “Phystech” professors are leading scientists in Russia, among which are more than 80 academics and corresponding members of the Russian Academy of Sciences. From the beginning, Moscow Institute of Physics and Technology has used a unique system for training specialists, known commonly as the “Phystech System,” which combines fundamental education, engineering disciplines, and student scientific research. Now the Institute is developing unique scientific infrastructure to carry out the cutting edge research in many fields of science. 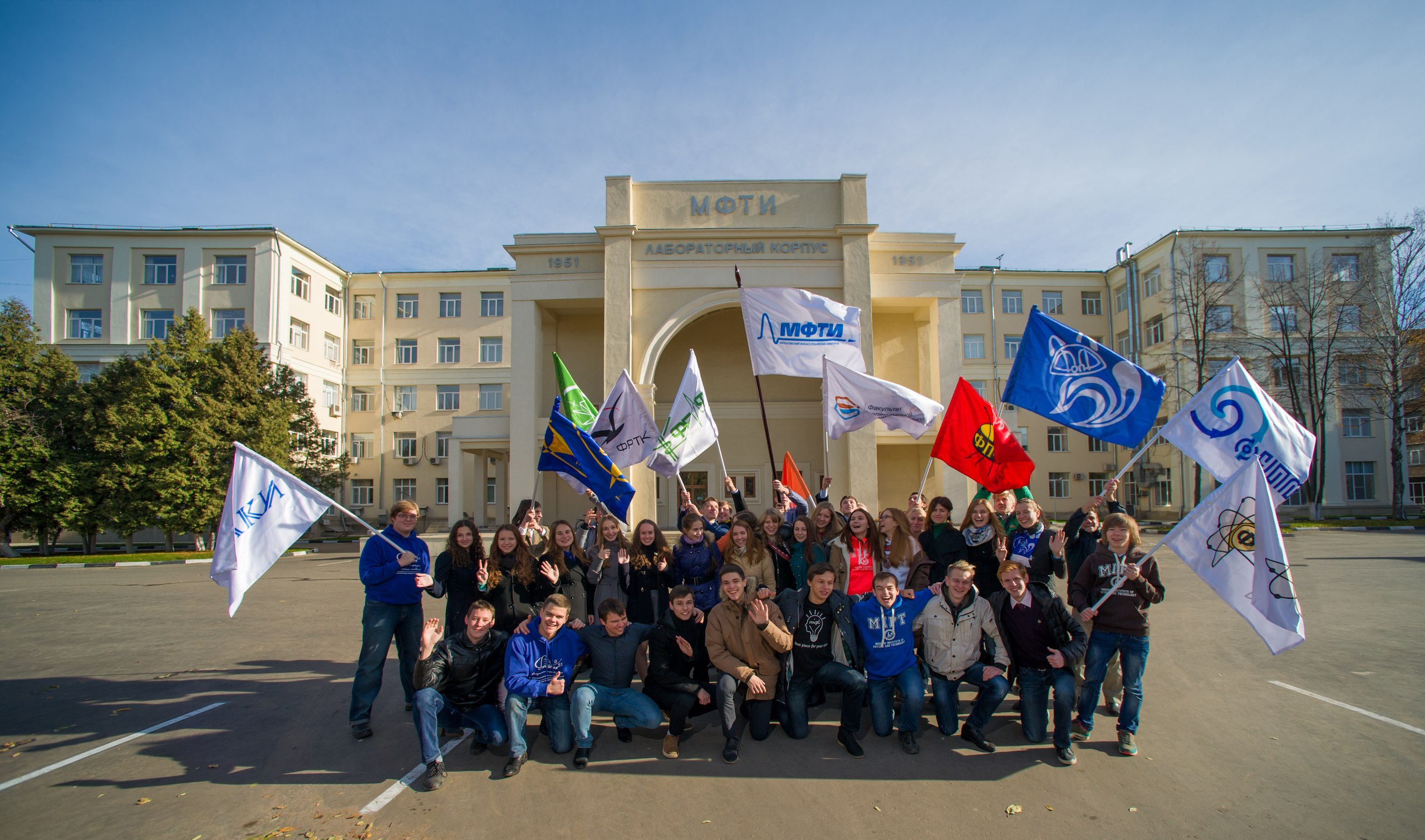 The territory of the town borders with Moscow in the south and in the east, Khimki in the southwest, and is limited by the Moscow Canal in the west and by the Klyazminskoye Reservoir in the north. The town can be reached by suburban train from the Savyolovsky Rail Terminal of Moscow in about twenty minutes to one of the three platforms: Novodachnaya, Dolgoprudnaya, or Vodniki, or by bus shuttle from Rechnoy Vokzal and Altufyevo stations of the Moscow Metro. The Dmitrovskoye highway connecting Moscow with Dmitrov and Dubna passes just east of the town.

A settlement of Vinogradovo situated in the place of the modern town was known at least since the 17th century. Then a railway was built in the 1900s (decade) and a railway platform was built in 1914. The settlement started to develop as an airship manufacturing plant was built there in 1931. The aeronautic engineer Umberto Nobile worked there for five years during the 1930s. For a few years during the 1930s, the settlement was renamed Dirizhablstroy (meaning "airship building"). In 1951, the famous Moscow Institute of Physics and Technology or Phystech, moved to Dolgoprudny

Despite the airport you will arrive, the cheapest and the fastest way to transfer to the center of Moscow is to use Aeroexpress trains https://aeroexpress.ru/en. Or you can take a taxy directly at the airport — standart cost is not more than 1250 rubles to reach any point in Moscow, also Holiday Inn Moscow – Vinogradovo and MIPT at Dolgoprudniy.

We strongly reccomend you to land at Sheremetevo airport, because it is in the closest vicinity to MIPT and Dolgoprudniy.

We reccomend to book local taxy «In time» (http://www.taxi-in-time.ru/ +74956418164). Any taxy should cost for you not more than 700 rubles to get Dolgoprudniy and MIPT from Sheremetevo and 1000 rubles to get Holiday Inn Moscow – Vinogradovo. You also can use public transport minibus #949 and bus #851 to reach «Rechnoy vokzal» Metro Stantion or minibus #948 and bus #817 to «Planernaya» Metro Stantion (http://www.svo.aero/en/shuttle/).

How to get MIPT from Moscow

If the train stops at “Novodachnaya” platform, you need to get out of the first passanger coach, cross the railroad tracks and go along the path in the train movement direction to campus (5 minutes).

How to get Holiday Inn Moscow – Vinogradovo

From any point in Moscow and it's suburbs we recommend take taxi to reach Holiday Inn Moscow – Vinogradovo to save your time.

But you can use public transport too:

You can also reach “Dolgoprudnaya” station by any way listed above and than go on foot ~1km along the larch alley.

There are three ways you can reach MIPT by car:

Go from Businovskiy proyezd to Lihachevsky highway. After about 3 kilometres turn right to Lihachevsky prospekt, turn left at the crossroads to Pervomayskaya street, go straight to “MIPT” stop.

Organizing Committee is happy to help you to arrange your accommodation for the period of the Conference and the School. Please pay attention that we only can help you with booking process but you will have to pay all the costs by yourself.

We can suggest three options of accommodation for you:

We will be happy to assist you with the booking process.